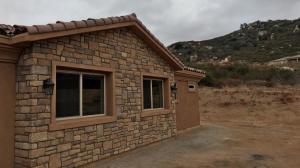 San Diego had the third highest annual home price increase in the nation in August, a distinction not reached since 2014, said a top real estate index released Tuesday.

San Diego County home prices have risen 7.8 percent in a year, said the S&P Case-Shiller Indices, which are adjusted for seasonal swings. Only Seattle and Las Vegas had bigger increases in the 20-city index.

In the last two years, the San Diego region has averaged around 10th place in the index, making August’s jump noteworthy to industry watchers. San Diego’s yearly increases outpaced the nationwide gain of 6.1 percent and the rest of California.

The indicies go beyond just looking at the median home price of a region, evaluating home transaction prices to track repeat sales of identical single-family houses as they turn over through the years.

Cheryl Young, senior economist at Trulia, said San Diego’s housing market is affected by lack of available homes for purchase, but also its ranking could be affected by other markets experiencing changes. For instance, Dallas has seen its year-over-year increases slow as Texas home building alleviates some demand.

Also, she said other cities that have dominated the top of the list — besides Seattle — are finally cooling down after months of big jumps.