Should my neighbor be allowed to turn his house into a short-term rental?

The debate over short-term rentals, such as Airbnb and VRBO, is a constant one in all of America’s major cities. The debate centers around whether the entrepreneurial landlords or homeowners have the right to make a buck and the right of neighbors to maintain the atmosphere of the locale.

In some cities, there is the added concern that investors who buy homes in order to profit from short-term rentals are pricing home buyers out of the market. Some rental apartment building prohibit brief sublets by tenants who might want to earn extra income, and that’s the landlord’s right.

But some apartment-building owners, who control all the leases, may be tempted to plunge into the tourist rental market themselves to earn much more on a nightly basis than on a monthly or yearly lease. If neighboring tenants find this to be a nuisance, they have every right to find out whether the landlord’s practice of turning the apartment building into a de facto hotel violates local zoning.

Ditto if the house next door has become a tourist crash pad. Talk to your neighborhood association and zoning officials about whether this is allowed. A reasonable compromise might be new zoning laws that don’t ban such short-term rentals but limit their frequency. 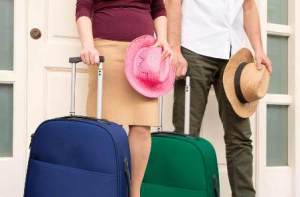