Over the past few weeks, President Donald Trump and Congress considered different massive budget cuts in order to increase military spending, leaving some fearful that the cuts could impact the U.S. Department of Housing and Urban Development (HUD).

As it turns out, their fears were confirmed as reports now show the Trump administration is considering more than $6 billion in cuts at HUD.

But this isn’t the first time the department has seen cuts. In a 2013 sequestration, the Obama administration eliminated 100,000 housing vouchers, which Congress later began to restore in 2014 and 2015, according to the Center on Budget and Policy Priorities.

This cut would go towards Trump’s goal to cut domestic spending by $54 billion and could decrease HUD’s budget 14 percent to $40.5 billion in fiscal 2018, which begins in October. 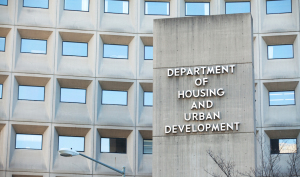