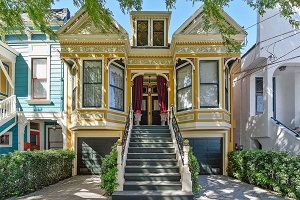 New residents to the Bay Area are earning far more than the people they’re chasing out, a new report says, pushing up home prices and highlighting the gap between owners and renters in Silicon Valley.

Lower income workers moving out of the Bay Area were being replaced by younger workers making about $12,640 more annually from 2005 to 2016, according to a national study released Wednesday by BuildZoom. The Bay Area income gap has accelerated from 2010 to 2016, with the average newcomer out-earning the typical former resident by about $18,700.

“In the Bay Area, you have a tremendous demand for housing,” said Issi Romem, BuildZoom chief economist and author of the study. High housing prices, he said, make it almost impossible for many families to put down roots and push them away from the region.

Community Real Estate is a Real Estate Company committed to provide quality professional services. We are a full service company with in-house lending. We are Realtor®s and HUD approved selling agents. We are expert Short Sales, Listing Agents and Buyers’ Agents. We also specialize in First Time Buyers, Second Homes, Vacation Homes, Investment Homes, Leasing and Rentals, Relocations, Foreclosures, Distress Properties and REO listings and sales. We support our America’s Heroes. We look forward to meeting you and your needs!
View all posts by Community Real Estate →
This entry was posted in Economy, Real Estate and tagged Real Estate. Bookmark the permalink.