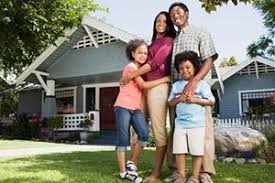 It’s tough to buy a home in the Bay Area these days, but the prospect is especially daunting for black and Hispanic households, according to a new report Tuesday that highlights the role race plays in the region’s affordable housing shortage.

The numbers add another layer of complexity to the housing crunch that has pushed prices out of reach for many local residents.

This entry was posted in Economy and tagged Buying, Buying a Home. Bookmark the permalink.