California is a national leader in outbound moves: Where did they go?

California continues to see more folks moving elsewhere in the nation rather than relocating here, a sign the state looks relatively unappealing to others.

Last year, California had 142,932 more residents exit to live in other states than arrive, according to an analysis of a new report from the U.S. Census Bureau, released Wednesday, Nov. 15.

This “domestic net outmigration” was the second-largest outflow in the nation behind New York and just ahead of Illinois and New Jersey. And it was up 11 percent (13,699 net departures) vs. 2015.California’s net outmigration has been ongoing for two-decades-plus. 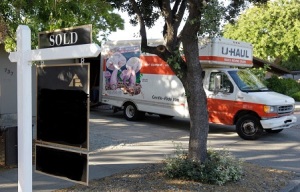 This entry was posted in Real Estate and tagged Moving. Bookmark the permalink.