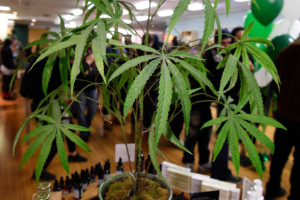 As recreational marijuana sales ramp up throughout the Bay Area, could the newly legal drug end up creating an unexpected type of high — in our real estate market?

After recreational sales became legal, houses close to a participating dispensary saw their value increase more than 8 percent relative to homes located slightly farther away, the study found. It’s a small study based on data from only one metro area, but the research — the first of its kind — could provide an important glimpse into the potential impact of legalization.