Falling inventory forces homebuyers to move at fastest pace ever 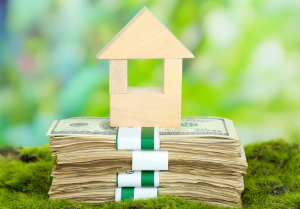 Housing inventory fell 8.9 percent from last year in the second quarter of 2017, sending homebuyers scurrying to beat the rising competition.

Housing inventory dropped for nine consecutive quarters, and is currently down a full 20 percent from inventory levels five years ago, a new report from Trulia shows.

And now, homebuyers are snatching up homes at the fastest pace since Trulia began tracking in 2012. While 57 percent of homes were still on the market after two months in 2012, today that number shrank down to 47 percent.

Competition is so fierce, in fact, that 33 percent of Americans who bought a home in the last year made an offer without even seeing the home in person, according to a survey from Redfin, an online real estate brokerage.

This is up from 19 percent of buyers who placed an offer on a home without seeing it first last year. Among millennials, even more placed offers without seeing the home in person — a full 41 percent.