Purchases of U.S. residential real estate by foreigners who aren’t residents of the United States fell by $10 billion in the year ending March to $44 billion, the lowest level since 2013, according to a survey by the National Association of REALTORS®. Rising U.S. home prices and a strong U.S. dollar have hurt the purchasing power of foreign buyers. The survey looks at two categories of foreign buyers: Recent immigrants and non-residents. Purchases by immigrant foreigners actually rose to $59 billion from $49 billion, and the share of non-resident buyers decreased to 41 percent from about 50 percent in previous years. The average price of homes purchased by foreign buyers fell to about $480,000 from nearly $500,000 in 2015. 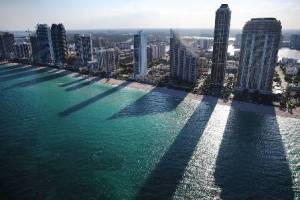