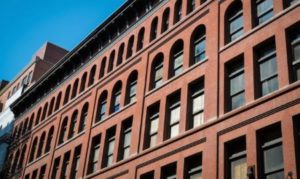 Google announced on Wednesday its $50 million investment in Housing Trust Silicon Valley‘s TECH Fund. This investment is the largest one to date.

Housing Trust Silicon Valley launched the TECH (Tech + Equity + Community + Housing) Fund in March 2017, with the goal of providing flexible financing to affordable housing developers so they can compete for sites on the open market.

“We’ve been looking for ways to address the affordable housing crisis in the Bay Area,” said Sundar Pichai, CEO of Google. “Housing Trust Silicon Valley provided us with the perfect opportunity to do that through their TECH Fund, which uses critical capital to break down barriers to building affordable housing. We are proud to be the fund’s largest investor to date and look forward to working together to create housing for those who need it most.”

These funds are to go towards preserving affordable housing and building new homes, including at least 5,000 new below-market-rate units.

Over half of the homes in the TECH fund are for families, one-third for the homeless and/or supportive housing, and one-in-five for seniors. Most of these homes are aimed at those earning 60% of the area median income or less.

“First, over the next 10 years, we’ll repurpose at least $750 million of Google’s land, most of which is currently zoned for office or commercial space, as residential housing. This will enable us to support the development of at least 15,000 new homes at all income levels in the Bay Area, including housing options for middle and low-income families,” Pichai said last month. “We hope this plays a role in addressing the chronic shortage of affordable housing options for long-time middle and low income residents.”

In June, Google announced it would be investing $1 billion for housing construction in the San Francisco Bay Area, as well as creating a $250 million fund to build affordable housing units across the Bay Area. Google also announced it would be giving $50 million in grants through Google.org to nonprofits focused on the issues of homelessness and displacement.

This entry was posted in Real Estate and tagged Real Estate. Bookmark the permalink.