Homeownership is an American value that transcends political parties, according to the Zillow® Housing Aspirations Report™. The biannual survey found that 68.7 percent of Republicans and 65.1 percent of Democrats see owning a home as essential to living the American Dream.

About two-thirds of self-identified Republicans and Democrats agreed that home ownership is key to a higher social status, and close to three-quarters of respondents who identified with either party also believe that being a home owner increases standing in the local community.

Many issues have a distinct political divide, but the majority of Republicans and Democrats agree on the value of owning a home. National home-ownership rates are returning from a historical low point following the housing crisis, a signal that the recession did not fundamentally harm overall sentiment toward homeownership. Millennials, who delayed home ownership but are finally buying homes, are the generation most likely to say homeownership is part of the American Dream, regardless of political affiliation. 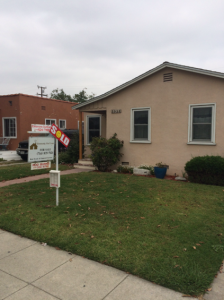