Housing trend is a repeat of the middle ages

Cohousing, in which a large community lives together and shares household duties, is gaining popularity. Instead of limiting their households to children, parents, and grandparents, plenty of people are going a step further, making homes with friends and even strangers. In cohousing, individuals or families generally have their own houses, bedrooms, or apartments but share things like kitchens and community spaces. They’ll commonly trade off on responsibilities like cooking and chores.

The Fellowship for Intentional Community, an organization that champions communities “where people live together on the basis of explicit common values,” lists 1,539 cohousing communities around the country, some already formed and others in the process of forming. That’s likely a low estimate, since plenty of shared-living communities aren’t reported to any national databases. While some residents hire developers to build cohousing villages from scratch, most have turned already-existing houses and apartments into shared communities. 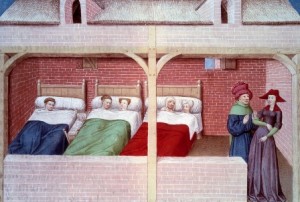 This entry was posted in Real Estate and tagged Real Estate. Bookmark the permalink.