Adjusted for seasonal variation, the San Diego regional index of home prices was up 5.8 percent in November compared to a year ago. The nationwide increase was 5.6 percent, setting an all-time high in three consecutive months.

The Los Angeles index rose by 5.5 percent and by 5.3 percent in San Francisco. David Blitzer, managing chairman of the Index Committee at S&P Dow Jones Indices, wrote in the report Tuesday that recent gains show it could end the boom-bust cycle that began about 12 years ago. 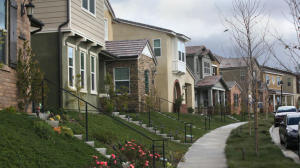