The median price of an existing, detached single-family home rose significantly in Southern California in October compared with the same month a year ago, the California Association of REALTORS® reports.

Los Angeles County’s median climbed 8.1 percent Riverside County went up by 7.5 percent, and Orange had the smallest hike of the four counties: 4.8 percent.

A low supply of homes on the market continued to put a crimp on sales, especially in the relatively affordable price ranges. 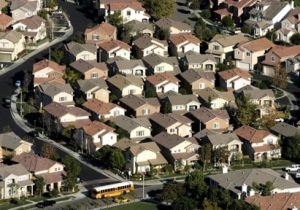