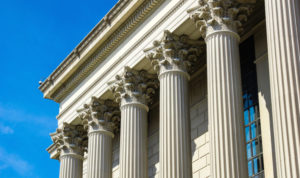 The decision is “a hard-fought victory for property rights advocate”

Property owners shouldn’t have to jump through state-level hoops before heading to federal court to stop the government from taking their property, the Supreme Court ruled last week in a 5-4 decision that overturned a decades-old precedent.

“The justices sided with Pennsylvania resident Rose Mary Knick on a property rights issue likely to have ripple effects on land use and environmental regulations,” Russell Riggs, a senior policy representative with the National Association of Realtors, wrote in a blog post.

The dispute centered on a burial ground on Knick’s land in western Pennsylvania’s Scott Township. A local ordinance requires landowners to allow public access to old cemeteries and burial sites.

“Knick challenged the policy as a violation of her property rights but ran up against what many critics call a Catch-22 in takings litigation,” Russell wrote.

Under a 1985 Supreme Court precedent known as Williamson County, landowners must bring claims against local governments in state court before they can proceed to federal court. But legal rules generally prevent federal courts from re-reviewing already litigated cases, Russell said.

“We now conclude that the state-litigation requirement imposes an unjustifiable burden on takings plaintiffs, conflicts with the rest of our takings jurisprudence, and must be overruled,” Chief Justice John Roberts wrote for the majority.

Case Western Reserve University law professor Jonathan Adler told Russell that landowners with similar cases against the government will still have to meet a high bar in court, but he said the ruling may lead to other developments for property rights law.

“An important caveat is that the decision does not alter the substantive standard for evaluating regulatory takings claims, and such claims remain hard to win, but it ensures more landowners get their day in court,” Adler said.

This entry was posted in Real Estate and tagged Realtors®. Bookmark the permalink.