The 25 most expensive housing markets in the U.S.

The most expensive housing markets in America are primarily packed into one state: California. According to Coldwell Banker’s annual Home Listing Report, which ranks the most expensive places to purchase homes in America, claiming every spot in the top 10 and 18 total out of the top 25. To determine the most expensive cities, Coldwell Banker analyzed the average listing price of more than 50,000 four-bedroom, two-bathroom homes for the period between January 2016 and June 2016. The ranking covered 2,168 markets across the US, excluding any with fewer than 10 listings.

Location is the primary reason for California’s high housing costs because of its mild climate, strong economy with high-paying jobs, and a tech sector that’s attracting a competitive environment. 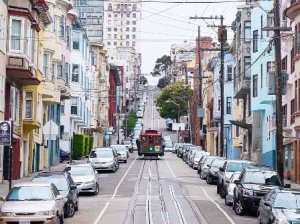