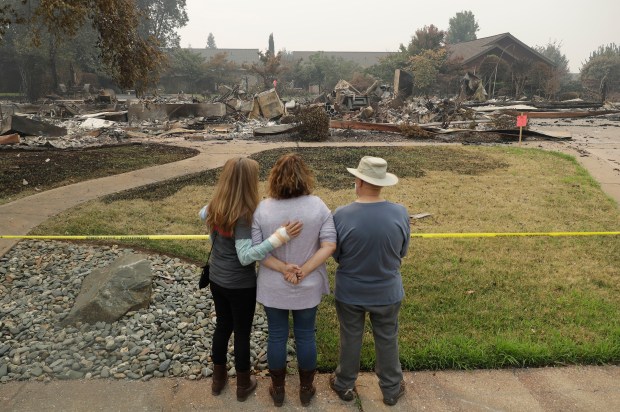 Hundreds of families displaced by Northern California’s fires could face another challenge to rebuilding their homes — a persistent shortage of construction workers.

California lost nearly 20 percent of its construction work force between 2005 and 2016, according to a study released this week by Buildzoom, a web site that connects property owners and contractors. And more than 40 percent of construction job postings in the state remain unfilled for at least six weeks, according to the study, the third longest wait in the nation.

Families rebuilding after last year’s devastating Wine Country wildfires have felt the pain. The high demand for workers has resulted in rising prices and delays, despite an influx of general contractors from the Bay Area and beyond. Analysts believe the destruction of the latest round of wildfires will put even more pressure on a strained construction industry.

The Carr fire has claimed more than 1,000 homes, while the ongoing Mendocino Complex fire has taken dozens more, according to Cal Fire. The Wine Country fires in October destroyed nearly 9,000 structures, including thousands of houses and other residences.

The Bay Area already lags far behind its need for new homes. A study by the Silicon Valley Leadership Group estimated the region created six times more jobs than homes between 2010 and 2015.

Community Real Estate is a Real Estate Brokerage committed to provide quality professional services. We are a full service company with in-house lending. We are Realtor®s and HUD approved selling agents. We are expert Short Sales, Listing Agents and Buyers’ Agents. We also specialize in First Time Buyers, Second Homes, Vacation Homes, Investment Homes, Leasing and Rentals, Relocations, Foreclosures, Distress Properties and REO listings and sales. We support our America’s Heroes. We look forward to meeting you and your needs!
View all posts by Community Real Estate →
This entry was posted in Builders, Construction workers and tagged Builders, Natural Disasters. Bookmark the permalink.