Third-quarter rents for the nine-county San Francisco Bay Area have barely moved – up 1 percent from a year ago – and in some cities have even fallen, according to a report by RealFacts. The report found the average San Jose apartment now rents for $2,500, up 0.6 percent from the third quarter of 2015, while in San Francisco – which has experience significant recent rent hikes – the average rent actually fell by 3.4 percent.

Of course, the typical apartment in San Francisco still rents for $3,499, far out of reach for most middle-class workers. In Oakland, renters can count on spending an average of $2,927, according to the report. Oakland rents were up 2.8 percent on a year-over-year basis, but that was significantly down from increases of 5.4 percent, 7.2 percent and 13.7 percent, respectively, in the previous three quarters. 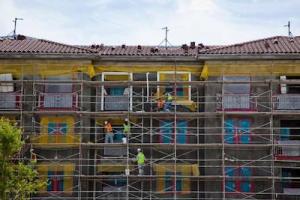