Faced with a housing crisis, California could further restrict supply 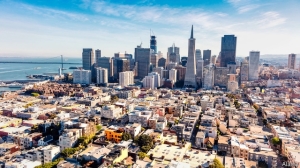 Champions of expanded rent control argue that it will allow cities to protect and increase their stock of affordable housing.

“We need tools to prevent price gouging,” says Elena Popp, executive director of the Eviction Defence Network, one of three groups leading the charge to repeal Costa Hawkins. “It’s insane that a developer can go in and buy a building where the median rent is $1,100 and bump it up to $2,700 from one day to another.”

Such stories are troubling, but rent control is likely to make California’s housing problems even worse. A team of economists at Stanford University recently studied a 1994 ballot initiative in San Francisco that brought in rent protections for small multi-family housing built before 1980.

The policy inspired landlords affected by it to convert their units into condos or redevelop their buildings, reducing their supply of rental housing by 15 percent and pushing up rents by 5 percent across the city.

Paul Habibi, a professor at the Anderson School of Management at the University of California, Los Angeles, who invests in a mix of rent-controlled and non-rent-controlled property in the city, also points out that rent control does not necessarily benefit those most in need.

“It seems sort of perverse that you can end up with a banker making $400,000 in a rent-controlled unit, while a plumber is forced to pay market rates.”