Granny flats and renters’ tax credits: The California housing bills that will live to see another day 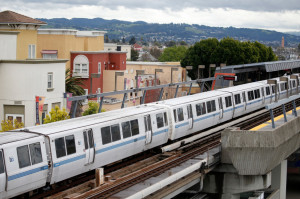 An array of bills aimed at easing California’s housing crisis, from banning fees on “granny flats” to pushing housing development on BART property, cleared a key hurdle last week, while others died quietly in fiscal committees.

One such fatality was a proposal to help teachers and other middle-income tenants live closer to their jobs , one of many bills aiming to shore up the supply of badly needed affordable housing for low- and middle-income families. California housing officials estimate that shortfall has ballooned to a staggering 3.5 million homes.

Also stopped in its tracks was a bipartisan bill by Assemblyman Rob Bonta, D-Alameda, and Marc Steinorth, R-Rancho Cucamonga, that would have helped aspiring homeowners save up for a down payment through a special savings plan with tax benefits, similar to a 529 college savings account.

A break for granny flats: It would be illegal for cities or counties to charge certain fees for backyard or garage units — or to require off-street parking — under Senate Bill 831, by Sen. Bob Wieckowski, D-Fremont, a champion of the backyard “accessory dwelling” revolution. For too long, the senator says, some cities have limited the addition of these units with cumbersome requirements and high fees.