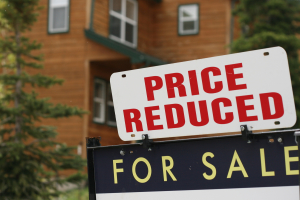 After several years of rich home price gains, the market appears to have found a limit to what people can afford.

Sellers are finally responding by lowering prices more often.
Approximately 14 percent of all listings in June saw a price cut, that’s up from a recent low of 11.7 percent at the end of 2016, according to a new report from Zillow. In addition, home price growth is slowing in nearly half of the 35 largest U.S. metropolitan markets.

Rising mortgage rates and affordability are behind the change. As the housing market recovered from its epic crash in the last decade, home prices began to gain slowly. And then they suddenly took off in the last few years.

The simple reason was supply and demand. As millennials aged into their homebuying years, homebuilders did not and are still not meeting the rising demand. In addition, millions of single-family homes lost to foreclosure were purchased by investors and turned into single-family rentals, further depleting the for-sale housing stock. The market was thus suffering a critical shortage, just as demand was taking off. Prices had nowhere to go but up. Until now.

“The housing market has tilted sharply in favor of sellers over the past two years, but there are very early preliminary signs that the winds may be starting to shift ever-so-slightly,” said Zillow senior economist Aaron Terrazas.

This entry was posted in Buying a Home, Real Estate and tagged Buying, Buying a Home. Bookmark the permalink.