In yet another sign of the tech industry’s growing impact on local housing markets in the Bay Area and Silicon Valley, local housing advocates are lamenting the region’s largest-ever mass eviction of rent-controlled tenants. The evictions are the latest example of rising income inequality in a region home to many of the world’s wealthiest technology companies. 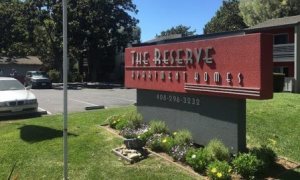 Community Real Estate is a Real Estate Company committed to provide quality professional services. We are a full service company with in-house lending. We are Realtor®s and HUD approved selling agents. We are expert Short Sales, Listing Agents and Buyers’ Agents. We also specialize in First Time Buyers, Second Homes, Vacation Homes, Investment Homes, Leasing and Rentals, Relocations, Foreclosures, Distress Properties and REO listings and sales. We support our America’s Heroes. We look forward to meeting you and your needs!
View all posts by Community Real Estate →
This entry was posted in Real Estate, Rentals, Renters and tagged Real Estate, Rentals, Renters, Renting. Bookmark the permalink.