A new report by Apartment List paints a less-than-positive picture for renters. In the aftermath of the mortgage crisis, many of the costs of homeownership have gone done, even as homeownership rates reach record lows. At the same time, costs associated with renting have risen at a time when more and more Americans are renting apartments and single-family homes.

While homeownership rates have reached historic lows across the country, hitting numbers not seen since the ‘60s, three particular areas and demographics have seen the biggest loss. According to the Apartment List analysis of Census data,  the recent downturn really hit those living in Sunbelt Cities (Las Vegas, Orlando, Atlanta), Americans under 45 years of age, and Hispanic and African-American consumers. 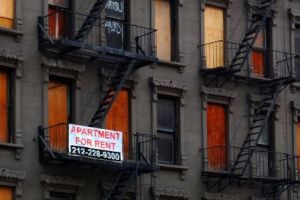