S.F. Mayor Wants to Speed Up Approvals for Housing Construction 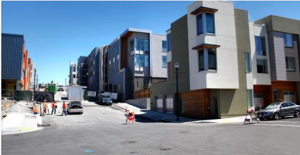 San Francisco Mayor Ed Lee on Thursday called on city departments to cut by nearly half the time it takes to issue building permits to developers constructing housing projects.

Lee said speeding up the production of housing would help add more stock to the market and help ease rising housing prices. He said people who work in the city are commuting too far because of the housing crisis.

“We’ll lose the talent if we don’t build more housing,” Lee said. “And part of that is to build it faster because the price of housing is also contributing to the slowdown.”

In a directive issued Thursday, the mayor asked city department heads to reduce entitlement times and ensure that building permits, subdivision maps and other permits are approved quickly to get construction started as soon as possible. The mayor predicted that the new policy would lead to 5,000 new units built each year.