It’s well known in the real estate industry that highly rated schools translate into higher housing values. Several studies confirm this and even put a dollar figure on it: an average premium of $50 a square foot, in a 2013 national study by Redfin.

But some advocates for fair housing see a potential problem with the close ties between school ratings and real estate. They say the common denominator, too often, is race. And they argue that the problem has intensified in the last decade with new web platforms bringing all kinds of information directly to homebuyers.
Housing patterns and school ratings, of course, also reinforce each other. In most places around the country, school budgets are partly linked to local property taxes. Highly rated schools beget higher housing values, which in turn beget more richly resourced schools. 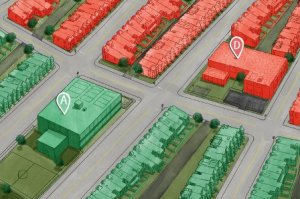