Want to live in a California city where your salary goes further? Move to Sacramento, study says 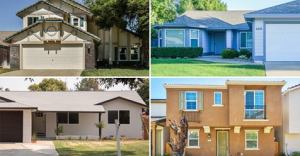 Not only is Sacramento’s cost of living lower than in many other metropolitan areas in California, but its strong job market makes the region a top destination for people looking to move.

A new report by analysts at the job posting site Indeed.com ranks the Sacramento region sixth in the nation when taking into account salaries, cost of living, the number of job postings on the website over the past year, unemployment rate and projected job growth.

Sacramento is the only California metro area that cracked the Top 10.

There’s more. Sacramento also compares favorably to other metro areas in California that have similar job markets. For instance, salaries go 20.9 percent further in Sacramento than in the Oxnard-Thousand Oaks-Ventura area, the analysis found.