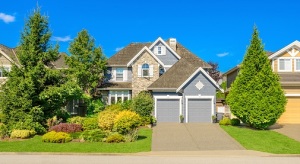 Baby Boomers are staying put and their kids are sticking with them.

A study released Thursday by Trulia examined the housing situations of homeowners 65 and older and compared it with a decade ago.

It uncovered a 3.4% jump in the number of seniors working in 2016 compared with 2005, and a 1.7% increase in the number living with younger generations.

It also showed that seniors appear to be holding off on downsizing just the same as they were 10 years prior.

Only 5.5% of seniors moved,according to Trulia, and of those who did, the split was pretty even between single-family and multifamily residences.

But Trulia analyst Alexandra Lee points out that while the percentage of downsizers hasn’t changed, the number of those moving actually has.

The age at which seniors decide to downsize has also shifted. The survey revealed that in 2005, seniors were moving into multifamily residences by age 75. By 2016, this had moved to 80.

The study sought to examine whether Baby Boomers holding onto their homes was driving up home prices. In looking at the nation’s top 100 metros, it determined that Boomers were not eroding affordability.

“Like the general population, seniors in expensive and unaffordable metros rent at much higher rates,” Lee wrote. “The higher the income required to purchase the median home, the lower the proportion of senior households that could downsize.”

Lee pointed out that a lack of affordable options for downsizing is likely part of the problem.

“The acute shortage in starter home inventory can make it difficult for retirees to move to smaller homes. Not only are seniors not responsible for making inventory-scarce metros unaffordable, they’re feeling the inventory pinch themselves.”

Community Real Estate is a Real Estate Brokerage committed to provide quality professional services. We are a full service company with in-house lending. We are Realtor®s and HUD approved selling agents. We are expert Short Sales, Listing Agents and Buyers’ Agents. We also specialize in First Time Buyers, Second Homes, Vacation Homes, Investment Homes, Leasing and Rentals, Relocations, Foreclosures, Distress Properties and REO listings and sales. We support our America’s Heroes. We look forward to meeting you and your needs!
View all posts by Community Real Estate →
This entry was posted in Home Prices, Housing availability, Senior's homes and tagged Home prices, Homes. Bookmark the permalink.