Posted on July 10, 2017 by Community Real Estate
Source: The Atlantic 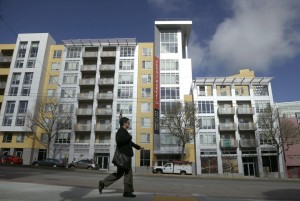 Real-estate developers are not popular with most of the American public. A recent Stanford paper found that people like developers only slightly more than they like corporate executives. Many progressives object to developers’ business model, which depends on building new units and charging as much as possible for them, even if that makes them unaffordable for longtime residents.

But there are signs that this adversarial relationship is starting to give way to a more cooperative dynamic. In cities across the country, some residents that might once have protested new construction are welcoming developers, pushing governments to allow them to build more and more housing. “You can work to dismantle the system without demonizing developers,” Laura Loe, a Seattle housing advocate, told me. With more housing, the thinking goes, the cost of rent in thriving cities like San Francisco, Boston, and Portland will not rise so quickly, which will allow more people from different economic backgrounds to live there and share in the prosperity of the local economy.

This type of thinking is the centerpiece of a progressivist movement called YIMBYism—referring to an abbreviation of “Yes In My Backyard”—which is increasingly notching successes in big cities. YIMBYs are a pointed contrast to NIMBYs, who are named for the phrase “Not In My Backyard,” a derogative term for people who oppose development.