California can increase the number of homes that people can afford by giving more money to cities that build sufficient affordable housing, some said at a housing summit last week in Los Angeles by the CALIFORNIA ASSOCIATION OF REALTORS®. Or cutting off funding to those that don’t.

Or by allowing developers to bypass the local process in cities and counties with insufficient affordable housing. Allowing single-family homeowners to build and rent out granny flats. And by streamlining the approval process for affordable housing projects.
Joel Singer, the association’s longtime chief executive, spelled out two stark facts threatening the Golden State: California ranks 49th in the nation in homeownership rates. And 50th in affordability rates. “Where are our children going to live?” Singer asked. 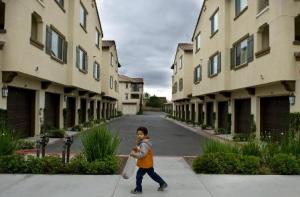