From a broad view, the U.S. housing market looks very healthy. Demand is high, employment and wages are growing, and mortgage rates are low. But the nation’s housing market is assuredly unhealthy; in fact, it is increasingly mismatched with today’s buyers. While the big numbers don’t lie, they don’t tell the real truth about the affordability and availability of U.S. housing for the bulk of would-be buyers.

✦ First, several reports out this week point to both continued heat in home values as well as pushback from homebuyers. Prices remain nearly 6 percent higher than they were a year ago, nationally, with some local markets seeing double-digit annual price gains. Those prices are being driven by a severe lack of supply at the low end of the market, which is where the most demand exists. That means lower-priced homes are seeing bigger price gains than higher-priced homes because of the competition.

✦ At the same time, sales are falling, again, because there are too few homes on the low end, and the homes that are available are very expensive.

✦ Supply on the low end is tight because during the housing crash investors large and small bought hundreds of thousands of foreclosed properties and turned them into rentals. There are currently 8 million more renter-occupied homes than there were in 2007, the peak of the housing boom, according to the U.S. Census.

✦ Investors could take the opportunity of high prices and high demand to sell these properties, but today’s high rents offer them better returns.

✦ Low supply of homes for sale might also seem like a great opportunity for the nation’s homebuilders. Yes, they went through an epic housing crash, but they have since consolidated market share and righted their balance sheets. Homebuilders are simply not building enough inexpensive houses that the market needs.

✦ That is why sales of newly built homes, like existing homes, have been disappointing. The latest read on August new home sales from the U.S. Census surprised analysts with a 3.4 percent monthly drop, along with a rise in inventory. The homes are there, they’re just not selling, and it’s not hard to figure out why. 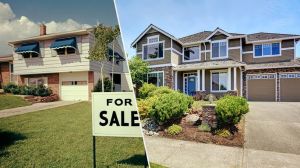